Saint Francis Wolf Sanctuary exists to provide permanent placement to rescued wolves and wolfdogs – most of which were once privately owned as pets. Though each of our animals has their own unique story, the overall theme is often the same… The reality is that a vast majority of animals that end up in sanctuaries have a history of neglect and abuse, and while good, responsible owners certainly do exist, they are often the exception, not the rule. It is for this reason that we feel the need to educate our guests about the many challenges of keeping wolves and wolfdogs in human homes.

Wolves – and therefore wolfdogs – require very specialized care. Even at the Sanctuary, where we do everything we can to give them the quality of care that they deserve, we are not able to replicate what their lives would be like in the wild.

Across the country, a number of irresponsible owners and breeders falsely label their mixed-breed dogs as wolves or wolfdogs, often coming up with exotic sounding names to create a sense of credibility (Canadian Silverback, MacKenzie Valley, etc.) and even claiming that animals are mixed with critically endangered species like the red wolf or Mexican grey. These individuals are often seeking to boost their profits or their status, but the result of misrepresentation is extremely damaging.

For one thing, the misrepresentation of dogs as wolves/wolfdogs has altered what people think true wolves actually look like, leading to an increase in misidentification. This is especially harmful in the following situations:

In general, we find that a vast amount of people cannot distinguish wolves from dogs in regards to physical characteristics or behavior. Below is a list of myths that are often (inaccurately) claimed to be an indicator of wolf content.

Myth: If it has golden eyes it’s part wolf  – While wolves do have golden to amber colored eyes, so do many, many dog breeds.

Myth: If it’s large, it’s part wolf – There are many dog breeds that are larger than wolves, so size is not necessarily an indicator of wolf content. Wolves are long, tall, and fluffy, giving them an enlarged appearance, but in fact, most wolves and wolfdogs are smaller (specifically in weight) than people assume them to be, with males ranging from 85-100 lbs. and females ranging from 70-80 lbs. on average.

Myth: If it howls, it’s part wolf – Howling is an instinctive behavior that may be found in all canines including dogs, wolves, and coyotes. Most dog breeds do not howl as often or in the same way that wolves do, but they all possess the ability to do so. Northern breeds are most frequently known for “talking” and howling, but many dogs will do so in response to sirens or other forms of auditory stimulation.

Myth: If it has a black-tipped tail or a black spot at the base of its tail, it’s part wolf – Again, many breeds of dog may possess these characteristics.

Myth: If it’s anxious, nervous, fearful, or aggressive, it’s part wolf – Any animal may possess these behavioral qualities, especially animals that have been neglected, abused, or living as a stray. These are often the types of animals that end up in shelters and rescues, and this myth in particular has led to a number of wolfy-looking animals being wrongfully euthanized due to its association with wolf content. However, I bet you can think of at least one example of a verified dog that exhibits these behaviors and looks nothing like a wolf. You would never, in that case, claim that the animal could be a wolfdog purely based on behavior. 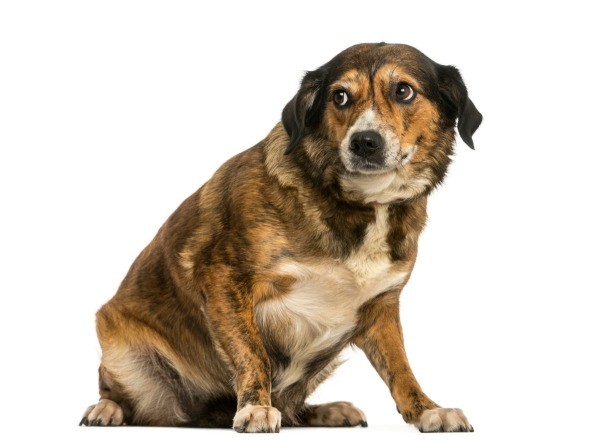 In our experience dealing with rescues, we’ve found that approximately 75% – 90% of the animals we are asked to take in are not actually wolfdogs. The general public, in addition to many vets, Animal Control officers, and shelter workers aren’t familiar with the distinct differences between dogs and wolves, leading to a number of wrongful euthanasia. This pamphlet can provide information to those interested in learning more about the differences:

Ultimately, misrepresentation seriously endangers the animal. Tens of thousands of dogs are euthanized by shelters every year because they were labeled “wolves” or “wolf hybrids” by their owners. For its own safety, please call your dog a dog! If you need help determining an animal’s wolf content, we’re happy to help.